Zwijndrecht, November 22, 2011: On 1 November George Karras (52), Contargo’s Sales Director for Europe, celebrated 25 years in service with the container logistics specialists. Karras began his career as an ‘Internal Sales and Operations Manager’ in the Rotterdam office of Combined Container Service, CCS, a predecessor of Contargo. He had qualified at the M.E.A.O. (Middelbaar Economisch Administratief Onderwijs), an academy of business and administration, and had already gained six years of professional experience in the logistics sector when he joined CCS. A talented team player, Karras was given personnel responsibilities right from the start, and in 1990 he was put in charge of the Rotterdam office. Karras’ real passion was for sales: thus in 1994 he was appointed Sales Manager for Benelux. In 2002 Karras came to the European Sales Department of the container logistics enterprise as a Sales Manager, becoming its head in 2005. Today he is also responsible for the Japanese market.

Karras’ tasks are many and varied, calling for a flair for networking, interrelations and contacts with customers – and especially with those who may become customers in future. Karras maintains contacts with important authorities and represents his enterprise on various committees. He is the source of many ideas and impulses for the further development of sales and logistic processes at Contargo. “I love the versatility of my job. I love working with people - including my own team, of course, and decision-makers outside our firm. In day-to-day business there are always new problems to be dealt with, you have to use your ingenuity,” the football enthusiast declares.

At Contargo Karras appreciates “the firm’s serious yet liberal approach, the flat organisation, in which creativity and commitment are appreciated, the respect accorded to colleagues on all levels, and the team spirit”.

Once a week Karras can be seen in action chasing the leather with the ‘Old Boys’ team of Real Parbo Rotterdam. In a more passive capacity he supports Sparta Rotterdam and Panathinaikos Athens. His second hobby – collecting and listening to jazz records – will be taking a back seat for the time being, as the Karras family will be welcoming their third child in January 2012. 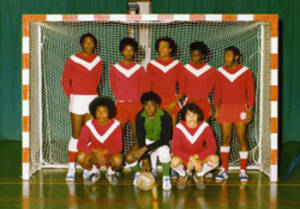 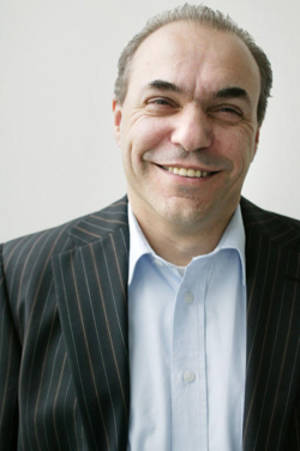