Contargo tries out new software on a model and in practice

Karlsruhe, 2 May 2018 – Container hinterland network Contargo is using a model made of plastic building bricks to test out how a self-developed Terminal Operating System (TOS) can be linked to crane controls. As soon as practically viable solutions emerge they can be built into the software, which is at present in the pilot phase.

A team of four consisting of Contargo personnel and colleagues from Open Source service provider synyx invested two weeks’ work, plus a large amount of dedicated free time, into constructing a programmable model of a container crane using more than 2,800 bricks from the well-known Danish company Lego A/S. For the “brain” of the crane the team designed an extension to the same manufacturer’s Mindstorms EV3 module, by integrating a micro-controller compatible with the building bricks system to program the crane controls.

“As there is no official construction set for this type of container crane, we had to do a great deal of detailed research on the instructions and parts for assembly ourselves”, says Henrik Hanke, IT Manager for Software Development. “Our colleagues had a lot of fun – but the project is not just a game. It is an excellent way of simulating interfaces that will be used for crane automation, and an opportunity to learn how they can be integrated later into our TOS.”

Meanwhile, unlike the crane automation aspect, the Terminal Operating System is being tested out in practice. Together with service provider synyx the Contargo IT department has developed an initial version which has been in use at the Coblenz container terminal of Contargo Rhein-Main GmbH since the summer of 2017. Now the program is being subjected to a continuous process of “inspect and adapt” to suit it even better to the daily workflows at the terminal.

The purpose of the Terminal Operating System is to help improve operational procedures at the terminal, thus stepping up handling speeds at the interfaces of the transport chain. For instance, the crane operator receives his orders directly on a tablet equipped with a self-explanatory, comfortable user interface. Machine operators can also use the tablet to call up the depot inventories of various sea carriers, resulting in fewer errors. A self-check-in for truck drivers and a gate scanner are also integrated into the system.

Over the next few months and years, in a total of seven steps TOS will be introduced and further developed at all the Contargo terminals. 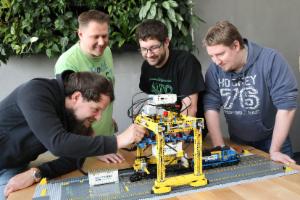 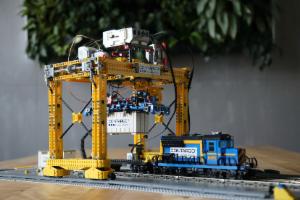