More goods on the rails

Basel, 4 July 2017 – On 3 July 2017, Contargo AG‘s first Basel-Kaldenkirchen Shuttle (BKS) completed the journey from Basel to Kaldenkirchen, North Rhine Westphalia (situated in Nettetal in the Viersen district). From now on, Contargo is offering this rail connection five times a week in both directions. Thus Contargo Süd is continuing to expand the share of handling to/from rail in its transactions, and supporting the policy of a modal transport shift in Switzerland.

The BKS sets out daily both from Basel and from Kaldenkirchen, Monday to Friday, reaching its destination the next day. “In the BKS we have a fast, reliable connection for continental cargoes between Switzerland and the Ruhr area and the East Netherlands”, says Holger Bochow, Co-Managing Director of Contargo AG. “Our location in the Border Triangle functions as a hub, since the trailers can be sent on from here by rail or truck to other parts of Switzerland – but also to Germany or France, or even to Italy.”

Customers in Basel aditionally benefit from the empty container depot, which also serves other locations including Ottmarsheim, Weil am Rhein, Chavornay and Gossau. Another advantage for customers is Contargo‘s approval as an Authorised Consignor/Authorised Consignee for Switzerland, which simplifies customs procedures considerably. 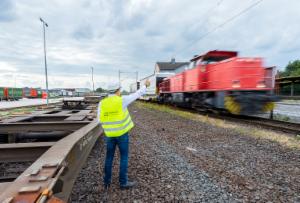