Marcel Hulsker takes on additional management posi-tion within the enterprise

Duisburg, 12. November 2014. For the first time, the German enter-prise Contargo GmbH & Co. KG has appointed a Managing Director from another country. Since October, Marcel Hulsker has been the fourth Managing Director of the holding company. The 45-year-old inland navigation expert from the Netherlands will strengthen the presence of Contargo in the Benelux countries.

“In Marcel Hulsker we have acquired an expert with a comprehensive knowledge of the Dutch logistics sector and inland navigation to join the top management of our enterprise”, says Thomas Löffler, Managing Director of Contargo GmbH & Co. KG and Spokesman of the Contargo Management Board. “This expansion of our management team underlines the importance of the Benelux markets, and will do even more to strengthen inland navigation within our trimodal network.”

Marcel Hulsker has many years’ experience in container logistics. He began his career in 1991 with sea carrier Alpina and then worked his way up at Rhinecontainer from Assistant Dispatcher to Managing Director. Following the takeover by Contargo and the re-naming of the company to Contargo Waterway Logistics BV, Marcel Hulsker remained as Managing Director. Since then, the inland barge transport activities of Contargo have been operating from Zwijndrecht near Rotterdam. Contargo links the western seaports of Rotterdam, Amsterdam, Antwerp and Zeebrugge by barge with its own terminals along the Rhine, its tributaries and the European canal zones; the enterprise also serves northern France from Rotterdam and Antwerp.

In addition, as Co-Managing Director Marcel Hulsker is responsible for the Antwerp-based joint venture Transbox United BVBA which commenced opera-tions in October 2014. The Contargo container service Transbox and United Container Transport are joint participants in this company, which focuses on short-distance transports by barge between the seaport terminals and hinterland terminals in the Rhine-Meuse-Scheldt area.

Quotation
“We think in terms of solutions that are pragmatic and often outside the box.”
Marcel Hulsker, Co-Managing Director Contargo GmbH & Co. KG

About Contargo
With an annual transport volume of 2 million TEU, Contargo is one of the largest container logistics networks in Europe. Contargo integrates container transport between the western seaports, the German North Sea ports and the European hinterland. The enterprise has 25 container terminals at its disposal in Germany, France, Switzerland and the Czech Republic and maintains offices at seven additional locations in Germany, the Netherlands, Belgium and Japan. Contargo also operates its own barge and rail lines. In 2013 the workforce of 800 employees achieved a turnover of 410 million Euro. Further information is available at www.contargo.net. 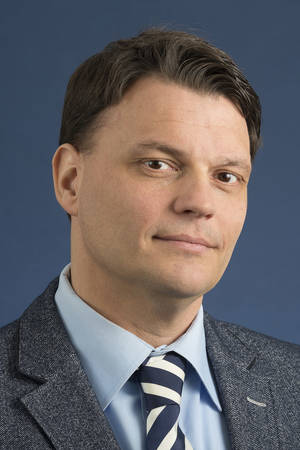