Containers from Japan? or Fukushima concerns us all

Contargo is prepared for contaminated transports from Japan

Duisburg, May 2, 2011: Container logistics specialist Contargo has put voluntary measures in place in case radioactively contaminated containers coming from Japan should arrive at one of its inland terminals. Although, according to information from the radiation protection authorities, no serious risk is expected at present, Contargo still wants to be prepared in case a situation of this kind should arise. The enterprise's Safety Advisor, Ralf Gerlach, says: "All our 18 terminals have been given operating instructions and shown how to proceed. The most concrete risk to health that we have to consider is from breathing in radioactive particles, which can cause internal damage to the body. For this reason we first of all cover the container concerned with a protective sheet to prevent any radioactive contamination from being blown or washed off into the environment."

In close cooperation with the authorities concerned, measurements will then be taken to clarify the state of the container from Japan and the goods it carries. In the meantime Contargo has itself invested in professional measuring technology. In case of contamination, the regional authorities would then decide on the necessary measures and carry them out. "By installing barriers, we ensure that no unauthorised persons can come into contact with the container before it is has been released," Gerlach adds.

Contargo is one of the first enterprises to react to the uncoordinated situation of the authorities by putting in place its own preventive plans. Co-Managing Director Heinrich Kerstgens says: "In view of the fact that not every container from Japan is being checked in the seaports, and that consequently it is possible for containers to arrive unchecked in the hinterland, I am surprised how lightly the authorities are taking their responsibility. For instance the German customs, as a national authority, are interested only in the goods, but not in their transport box. A great deal of ‘passing the buck' is going on in the German regions, too. Nevertheless, we still have a responsibility to all the people involved in the transport chain of goods from overseas right into the European hinterland. That's why we have taken action."

Only in North Rhine-Westphalia has a positive approach been adopted, where a working group - IMAG - has recently been founded, specifically in order to deal with this problem constellation. 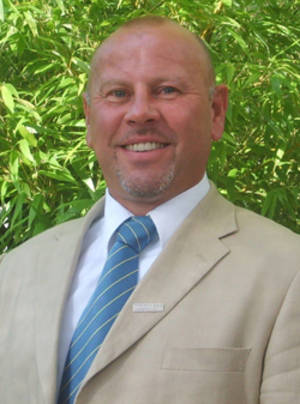