Contargo is one of the leading, neutral service providers for container logistics in the European hinterland. With a close-knit network of its own terminals and transport lines, Contargo links the seaports in Western Europe with the European hinterland. The container specialist combines the inter-system advantages of the transport modes inland barge, rail and truck.
25 Oct 2018 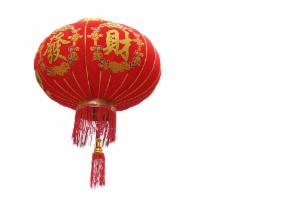 On 25 October the direct freight train connection between Mannheim and the Chinese metropolis of Chongqing was officially inaugurated at a festive ceremony. The Mannheim-Chongqing Shuttle connects the Rhine-Neckar European Metropolitan Region with the major municipal region of Chongqing in South West China. Operator of the train is the Chinese company Yuxinou, located in Chongqing, the assembly of the freight containers is carried out at the Port of Mannheim by Contargo.

With a transit time of 17-18 days for the 11,200 km route, the rail connection is an important complement to sea and air transport. The route of the Mannheim-Chongqing Shuttle passes through Malaszewicze (Poland), Brest (Belarus), Dostyk (Kazakhstan) and Alashankou (People’s Republic of China) to Chongqing. It is planned that the train will depart weekly in future.

“China is an important market for enterprises in Mannheim and the Rhine-Neckar Metropolitan Region. At the same time, Mannheim is an important freight handling point of far-reaching supraregional significance. The establishing of a direct freight train connection between Mannheim and China opens up another attractive transport route to enterprises and at the same time strengthens Mannheim as a logistics location”, says Dr. Peter Kurz, Lord Mayor of the City of Mannheim, speaking of Mannheim’s commitment with regard to the China project.

Realisation of the project was substantially enabled by support from the European Commission. Christian Specht, First Mayor of the City of Mannheim, responsible for coordinating relations with China, explains: “The EU programme IUC, International Urban Cooperation, gave us political access to the decision-makers on the Chinese side. In several negotiation rounds in which, as well as the representatives from Chongqing and the European Union, especially representatives of Mannheim enterprises and infrastructure facilities took part, we were able to clearly put across Mannheim’s ‘unique selling points’. My especial thanks go to the Port of Mannheim, the representatives of the Deutsche Bahn who took part in the negotiations, those responsible for the IUC Programme, and especially the companies Yuxinou and Contargo.”