Contargo is one of the leading, neutral service providers for container logistics in the European hinterland. With a close-knit network of its own terminals and transport lines, Contargo links the seaports in Western Europe with the European hinterland. The container specialist combines the inter-system advantages of the transport modes inland barge, rail and truck.
18 Sep 2017 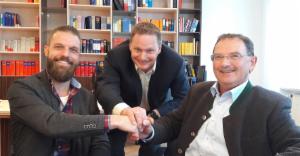 On 14 September 2017 Contargo Network Logistics GmbH and Ziegler Logistik GmbH founded a joint enterprise, to be held by both companies on a fifty-fifty basis.

The joint venture is subject to the approval of the antitrust authorities.