Contargo is one of the leading, neutral service providers for container logistics in the European hinterland. With a close-knit network of its own terminals and transport lines, Contargo links the seaports in Western Europe with the European hinterland. The container specialist combines the inter-system advantages of the transport modes inland barge, rail and truck.
27 May 2016 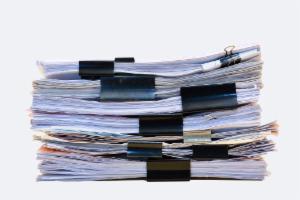 Gateway Basel Nord AG has submitted to the Federal Office of Transport an application and all the required documents for the planning approval procedure for the first construction stage of the large-scale Basel Nord (Basel North) terminal.

The plans call for a major trimodal terminal to be built at Basel Nord that will serve as a hub for intermodal transport. The new transshipment facility will link road, rail and shipping on the River Rhine at an SBB Cargo site. "This is a unique location for a high-performance facility for the transshipment of import/export freight traffic," said Andreas Stöckli, CEO of Rhenus Alpina, during a press conference in Basel on 26 May 2016.

The terminal will serve as a link between the Rhine-Alpine freight traffic corridor, the Swiss rail network and shipping on the River Rhine. The first stage of the project will involve construction of a bimodal road/rail and rail/rail transshipment centre. Capacity can be expanded gradually as time goes by, while the connection with the Rhine will be achieved through construction of a new dock basin.

A further milestone in the implementation of the project was achieved on 9 May, when Gateway Basel Nord AG submitted the application for a planning approval procedure to the Federal Office of Transport, which will ask the canton of Basel-Stadt to make public disclosures regarding the project. This will likely be done over a period of four weeks in August 2016. The total investment for the first construction stage for the terminal will amount to 73 million Swiss francs. A funding application was submitted to the Federal Office of Transport in November 2015 and the application is expected to be approved before the year is out.

Added value for the NRLA concept

Gateway Basel Nord is designed to accommodate trains 750 metres long, which corresponds to the European standard for railway freight traffic. "We want to put the terminal into operation in 2019 and we're expecting to achieve synergies with NRLA here as well," says Nicolas Perrin, CEO of SBB Cargo. When the four-metre corridor between Basel and Italy is completed in 2020, Switzerland will have established the conditions necessary for the movement of long and productive freight trains along the North-South corridor. "Gateway Basel Nord fits seamlessly into the NRLA concept and will thus contribute to the creation of a competitive rail freight traffic system for Swiss industry," says Perrin. Northwestern Switzerland will also benefit from a high-performance transshipment installation that will strengthen Basel's position as a logistics centre.

Capacity at the new terminal will be expanded in several stages. The first stage, for which the planning application was recently submitted, involves construction of a bimodal terminal for the transshipment of 140,000 TEU of freight. This capacity will be increased to 210,000 TEU during the second stage. In a further stage, Port of Switzerland will extend the terminal by adding a new dock basin for trimodal transshipment (road/rail/water) and provide a link by water to the Rhine port at Kleinhüningen. The new dock basin will efficiently integrate inland shipping into the facility and increase capacity to 390,000 TEU by 2030. "Inland shipping needs an efficient connection to the national import and export distribution network at the end of the navigable Rhine and along the most important freight traffic corridor of Rotterdam-Basel-Genoa," says Hans-Peter Hadorn, Director of Port of Switzerland. "NRLA, with the Gotthard and Ceneri Base Tunnels, offers the opportunity to shift additional freight from ships to trains."

An ideal location on the North-South corridor

The trimodal Gateway Basel Nord terminal will be ideally located in relation to international freight traffic routes and will serve as an interface between transport flows for Swiss import/export traffic. The large-scale terminal will establish an efficient, high-performance transshipment option - the first of its kind in Switzerland - for handling increasing freight traffic between Switzerland and seaports and other large-scale continental terminals. The new terminal will also eliminate capacity bottlenecks at the Rhine port at Kleinhüningen. The resulting interface for Swiss import/export freight from inland barges and trains at a single location will allow a greater share of freight to be transferred to the rail system for transport into Switzerland.

The three Swiss logistics and transport companies Contargo, Hupac and SBB Cargo established Gateway Basel Nord AG in June 2015. The company, which is based in Basel, is working with Port of Switzerland on the planning and construction of the Gateway Basel Nord terminal for Swiss import-/export-related combined transport.