Contargo is one of the leading, neutral service providers for container logistics in the European hinterland. With a close-knit network of its own terminals and transport lines, Contargo links the seaports in Western Europe with the European hinterland. The container specialist combines the inter-system advantages of the transport modes inland barge, rail and truck.
20 Apr 2015 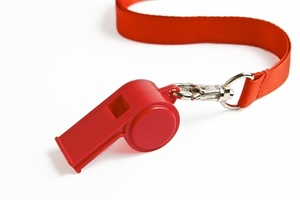 On Sunday 19.04.2015, the union of German train drivers (Gewerkschaft Deutscher Lokomotivführer, GDL) declared that the current round of wage talks has broken down, and announced new strikes for this week. No details have yet been given of the time and duration of the strikes, or the regions involved.

As was the case with previous GDL strikes, Contargo trains will not be directly affected. However, it cannot be completely ruled out that hindrances to our own operations, in the form of delays, may occur due to other trains which are involved in the GDL strike.

We ask for your understanding, and will make every effort to minimise any possible effects of the strike.