Contargo is one of the leading, neutral service providers for container logistics in the European hinterland. With a close-knit network of its own terminals and transport lines, Contargo links the seaports in Western Europe with the European hinterland. The container specialist combines the inter-system advantages of the transport modes inland barge, rail and truck.
31 Mar 2021 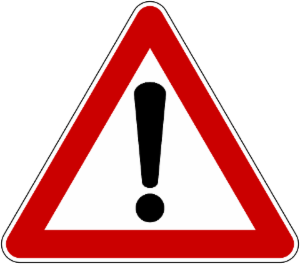 In the past weeks and months, waiting times for container barges in the seaports have once again reached dimensions that can hardly be borne. Sometimes waiting time as long as five days have been registered, and there are no structural improvements in sight. Moreover, now that the Suez Canal is no longer blocked and is navigable again, the pressure on the seaports in northwest Europe is increasing, as a relatively large number of sea ships are now expected to arrive within a relatively short time period.

As a result, terminal capacities, and thus the delivery and collection times for containers in the seaports, will be further restricted. Changes in arrangements between seaports, delays in the arrival of sea ships, and capacity bottlenecks at the seaport terminals will lead to constant delays in Cargo Opening and Closing Times.

This development will then also cause increasing pressure on the capacities at our inland terminals and generate additional costs: Some of the containers that are already prepared for loading and departure to the seaports will have to stay in the inland terminals or be unloaded again, due to further changes and restrictions in the delivery possibilities at the seaports.

To be able to maintain our frequency of departures and the regular sailing schedules of our barges for you, we have no alternative but to make use of additional barge capacities in the short and medium term.

For these reasons we regret that we are unfortunately forced until further notice to raise the present congestion surcharge of € 15.- to € 25.- per container, with effect from the day of departure 5 April 2021.

We will continue to make every effort to help you realise your transports as smoothly and efficiently as possible, despite the present situation in the seaports. We are also observing the situation closely, and will keep you continually informed of any changes.