Contargo is one of the leading, neutral service providers for container logistics in the European hinterland. With a close-knit network of its own terminals and transport lines, Contargo links the seaports in Western Europe with the European hinterland. The container specialist combines the inter-system advantages of the transport modes inland barge, rail and truck.
30 Jul 2014 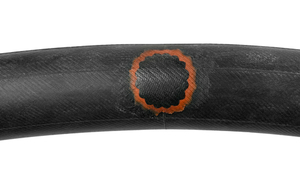 At the container port in Rotterdam the problems causing delays in processing are still continuing.

The bottlenecks in the Port of Rotterdam are continuing to cause delays of between 4 and 6 days for inland vessels. It does happen from time to time that ECT brings delayed slots forward, but this cannot be relied on. There are also already problems in the processing of trains, as some media in the Netherlands already reported several days ago. Thus it seems that last week trains arriving from Switzerland were sent straight back.

For several days now, ECT has been cooperating more closely with the Rotterdam container terminal of the Kramer Group. Containers are now occasionally being trucked by ECT on its own initiative from the Kramer terminal to ECT. However, in most cases barge operators still have to organise arrangements themselves, at their own cost. As further measures to try to relieve the situation, ECT has announced that it will remove from its planning schedule any vessels which are not able to appear at the given time. Additionally, the exchanging of slots between vessels will no longer be allowed. Until now, the situation was as follows: our barge A was given a slot with 6 days’ delay. We let Barge A be processed at another terminal, and then used barge A’s assigned ECT slot for barge B. However, it seems that this will no longer be possible in future. Rather than helping to relieve the situation, this is more likely to contribute to making processing times even longer for inland vessels in the Port of Rotterdam.

We have not yet been able to see any positive results from this measure. Contargo is continuing to observe the processing situation of inland vessels in Rotterdam very closely, in order to decide in good time whether we have to make use of other terminals or charter additional tonnage.

If you have any questions, please get in touch with the team of Contargo Waterway Logistics in Zwijndrecht. Contact: